Inspired by Personal Care Attendants (PCAs) who won a $15 wage in negotiations with the state just last week, a separate group of 236 impoverished and exploited private home care agency workers have voted to unionize - despite a vicious, illegal anti-union campaign waged by executives at Medical Resources Home Health Corp.

After winning the union election overseen by the National Labor Relations Board, the Medical Resources employees become the first private home care agency employees to form a union in Massachusetts as part of the growing Fight for $15 movement. The vote is part of wave of momentum for 1199SEIU United Healthcare Workers East and the Fight for $15, following last week’s agreement between the state’s 35,000 PCAs and Governor Charlie Baker ensuring a pathway to a starting wage of $15 per hour.

With offices on Boylston Street in the heart of Boston, Medical Resources has been a long-time purveyor of poverty wages, paying workers on average $10-$12 per hour while funneling profits to its New York-based ownership group. Meanwhile, Medical Resource Home Health Corp. receives $22 per client hour in Massachusetts taxpayer funding. Medical Resources is owned by Angelo, Gordon, Co., one of the largest and wealthiest private equity firms in the nation.

“As home care workers we are asking only for that which is right - a fair wage and the ability to continue caring for our clients while also being able to care for our own families,” said Ling Zhu Cao, a Medical Resource employee from Malden, MA.

“We have joined 1199SEIU and the Fight for $15 because as home care workers we want a living wage, a voice at work, and dignity for ourselves and our clients,” added her co-worker, Kirsis Nina of Dorchester, MA. 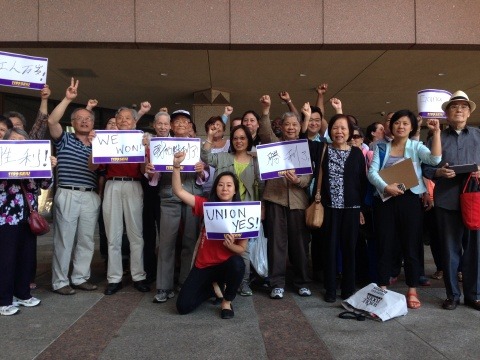 Right now, nearly all of the 236 caregivers at Medical Resources are eligible for food stamps, subsidized housing, or subsidized health insurance. The workforce is almost entirely comprised of minority women, many of whom care for elderly clients in Boston’s historic Chinatown neighborhood. As the newest members of 1199SEIU United Health Care Workers East, the state’s fastest-growing union, those workers will now be able to collectively bargain for pay increases and meaningful benefits.

“Despite the harassment from management, the workers stood strong. This is a victory for the whole community,” said Karen Chen, Co-Director of the Chinese Progressive Association.The Chinese Progressive Association supported the workers’ organizing efforts throughout the campaign and mobilized elderly clients in the Chinese community to stand in solidarity with their caretakers in the face of employer intimidation.

“This victory is a testament to the courage of these homecare workers and in no way excuses the illegal tactics used by executives at Medical Resources during the vote,” said Veronica Turner, 1199SEIU Executive Vice President. “The idea that one of the nation’s wealthiest private equity firms would be spending so many patient care dollars trying to intimidate, harass, and suppress the rights of these caregivers is reprehensible. We will be calling on all of our community and elected allies to continue standing with these caregivers so we can ensure that today marks the end of the wasteful, oppressive anti-union campaign waged by executives from Medical Resources and Angelo, Gordon.”

Through a series of rallies, letter-writing campaigns, and an online petition to company executives, workers across the state united behind the Medical Resources caregivers and their cause in recent months - demanding that Medical Resources end their vicious attempts to sway the vote. Now that they have secured the right to unionize, workers intend to file federal charges against company executives for their strong-arm tactics. 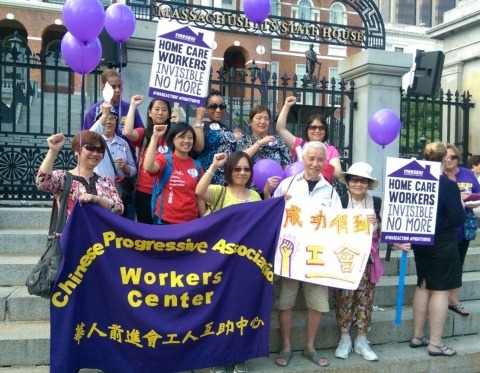